Over the years as dogs have become domesticated, certain breeds have been trained to point. This was a useful adaptation which allowed dogs to assist their owners when it came to hunting expeditions.

Although it has become a less useful skill for a dog to have in contemporary society when they are living in a domestic situation without any need to hunt, it can still be a desirable thing to teach your dog how to do.

Whether it is important or useful for a beagle to point is another topic altogether, and the need for this skill to be learnt is dependent entirely on the owner and whether they see this as a necessary skill for the dog to master.

In order to establish this, its important to understand where the concept of pointing came about and why it is that certain dogs were trained to do it.

What Does It Mean When a Dog Points?

When a dog points, he freezes his entire body on the spot, usually raises one of his paws up in the air, and points his nose at a particular spot. This is done in order to bring your attention to something that he has seen or smelled, and will show you where to look to see it for yourself.

Dogs which were originally bred for hunting would usually be the ones to exhibit this type of behavior, but it is a skill that has been learnt by many other breeds.

The meaning of pointing is usually for the dog to show the owner, and the other dogs in a pack, that he has detected something of interest. This could be anything from another wild animal, to a person, or simply a toy that he wants to play with.

When alerting their fellow huntsmen by pointing, the pointing dog lifts his snout and picks up the scent of his prey which floats along on the wind, and he does this by raising his one foot to point in their direction.

The reason for this behavior is so that the dog can collaborate and let the other dogs in their pack (or their humans) know what they are detecting. This allows for a greater collaborative effort between all of them.

The dogs originally bred for pointers usually have the word “pointer” in their name, such as the German shorthaired pointer. This type of dog was bred to find, point out and flush out animals from their hideouts.

Pointers form part of the “sporting class” classification of dogs. The “sporting class” of dogs includes several breeds such as spaniels, retrievers, and setters. If your dog is a mixed breed, but exhibits pointing behaviors, then it may even give you a clue as to his ancestry.

Pointing dogs (also referred to on occasion as bird dogs) belong to a subsection of gundogs, and they are used in finding game when hunting. Pointing dogs, retrievers and flushing dogs are all considered to be gundogs.

The instinct to point is what gave the pointing dogs the name of “pointer”, and this enabled hunters to see where the game was that the dog detected. There are a number of dogs which were bred and trained to hunt.

Beagles do not fit into the above categories, therefore do not make it onto the list of pointing dogs. While beagles were originally bred to hunt hares, the breed is one of a small-sized scent hound.

What this means is that the beagle relies completely on its nose in order to understand the world around it. Due to this, the beagle is usually found with his head to the ground, constantly searching for a new and interesting trail to follow.

Beagles are often used at airports to sniff out a number of different items such as certain foods which are not meant to be in passenger luggage. This has worked extremely well, especially considering that the beagles are cute and friendly, therefore unintimidating to airport passengers.

While beagles were not originally bred to point, and it is not part of their normal behavior, it is possible that they will be able to learn this behavior through patient training. Some beagles have even been known to exhibit pointing behavior of their own accord.

Tips To Train a Pointing Dog

Any behavior that your dog exhibits can be reinforced through your reaction to it. This goes for behaviors seen as negative or positive, and how you respond will determine whether the dog continues to exhibit this behavior or not.

If you would like to train him to point properly, or you simply want to see if this behavior is possible for your dog, there are several ways in which you can train him by reinforcing his behavior.

Firstly, you will need to teach your dog to “stop”. This is an important skill for a dog to learn before they can continue with learning to point. You should think carefully about what you’d like your dog to point at, and what needs to happen before this action can occur.

These things that need to happen before the pointing event should be kept consistent and stable to ensure the dog understands properly. These should occur in the same order each time and could be something like: Walk. Stop. Focus. Point. Pause. Praise.

This training should be done in a relatively small space which does not have multiple distractions. These distractions could cause havoc for your training regimen with your dog. As the training improves, you will quickly be able to move to larger areas which will potentially have an increasing number of distractions.

If your dog freezes and remains completely still, you should remain standing with him too. Remaining still and silent with him will help to further reinforce the behavior, and once he is focused, you can give him a reward for his pointing to ensure he understands this is positive behavior.

Another good idea to consider would be to introduce him to other dogs who are already trained to point. This will help him to learn the skill more quickly.

Beagles are extremely good at hunting hares and rabbits. This is due to their exceptionally good sense of smell, and the fact that they are constantly able to continue moving with extreme levels of energy for long periods of time.

At a time when the hunting of foxes was beginning to become extremely popular, another breed of dog called a Foxhound was created through crossing the Beagle with a breed called the Buckhound.

Beagles are synonymous with their beautifully large ears, which add to their appeal in a big way. These ears serve a purpose, however, in that they are able to catch particles of scents in the area, and keep these scents close to their nose at all times.

This allows the beagle to capture any and all information available to him through the scents.

Most people do not know that Beagles can be found in one of two different sizes. Beagles under 13 inches tall fit into one classification, while Beagles over 15 inches fit into a different classification altogether.

While in the United States, the height limit for a Beagle is around 15 inches, this is different in the UK at around 16 inches tall.

The name of the beagle has been said to have originated from the word “begueule” which originates from French. This name means “gaped throat” in English, and this refers to the fact that Beagles are able to make quite a lot of noise at the best of times.

The noises beagles make can be one of three different sounds. Firstly there is the usual bark. The second sound, which sounds similar to yodeling, is called a bay, and this sound is used by the Beagle when he is hunting.

The third vocalization that the Beagle is able to produce is the howl, and this can be extremely loud at times.

The Beagle Point is a relatively new cross breed which falls under the designer breed category of dogs. The Beagle Point was created by breeding the Beagle with the Pointer in an effort to create an altogether new breed of dog.

In terms of size, the Beagle Point is a medium dog, and their coat is short and coarse with a relatively high tendency to shed. The Beagle Point is extremely energetic, excitable, and sociable. Due to its sociable nature, this breed of dog is extremely dependent on its owners and doesn’t enjoy being left alone.

This breed is relatively new, having only been introduced in the United States within the last 20 years or so. Because it is a cross breed, it can be difficult to say for sure how the Beagle Point actually looks. Even within the same litter, pups can have vastly different characteristics.

Due to the short coat, the Beagle Point requires very little coat maintenance. This coat will, however, need to be combed and brushed once per week, and their ears should be washed out every week to prevent the development of yeast and bacteria.

The Beagle Point has a long muzzle, and his ears are long, hanging and extremely soft. The eyes of the Beagle Point are usually brown, and his feet are medium sized with a round shape.

In terms of temperament, the Beagle Point is much like the Beagle, with a stubborn, exuberant personality. They require lots of exercise and attention from their human counterparts.

While Beagles are extremely popular dogs with wonderful temperaments and bounds of energy, they are not necessarily known for their ability to point, as they were not bred specifically for this purpose.

Having said that, the Beagle, just like any other dog breed, is able to learn to point, with some even doing this naturally without any prior training. It is important to determine whether you as the owner think this is a necessary skill for your Beagle to have.

If it is important to you to have a dog which is guaranteed to be able to point, then it would be recommended to purchase or adopt a dog which was specifically bred for this purpose. There are a large number of dog breeds which have been bred to point.

While the practical purposes of a pointing dog do not extend much further than assisting their owners in hunting situations, pointing can be an extremely useful skill to have, and as such the breed of dog should be carefully considered, weighing up the pros and cons of each before deciding. 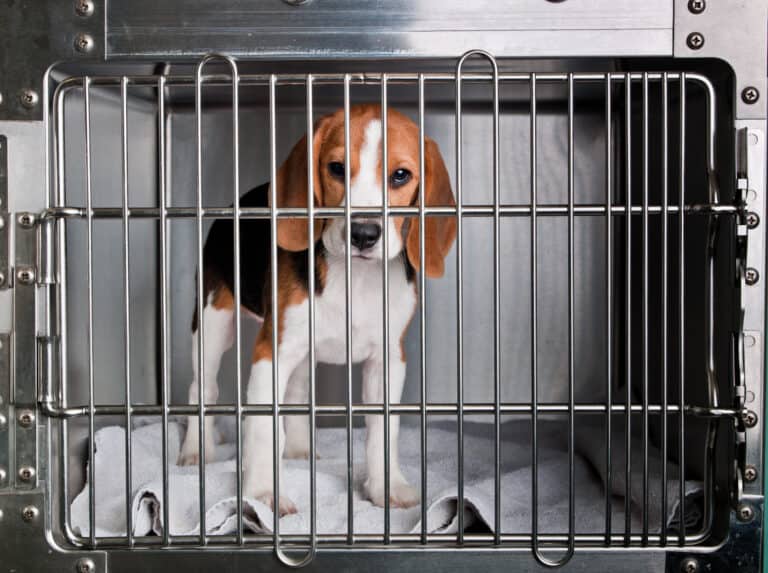 Your beagle puppy needs a name that you will love and be willing to live with forever. You should choose one that fits them. So,… 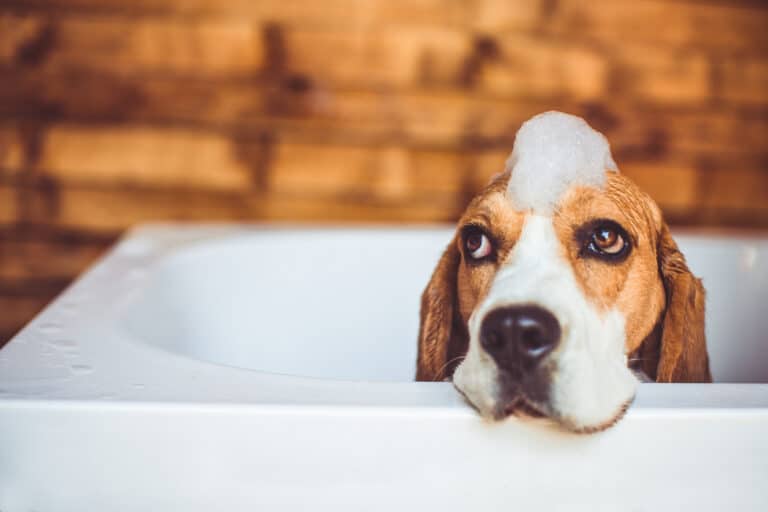 Beagles are typically regarded to be a healthy breed, with a lifespan of 10-15 years. They are, nevertheless, susceptible to specific health difficulties, as are… While your beagle might be an absolute angel in your eyes most of the time, your opinion might change very quickly if you catch them… 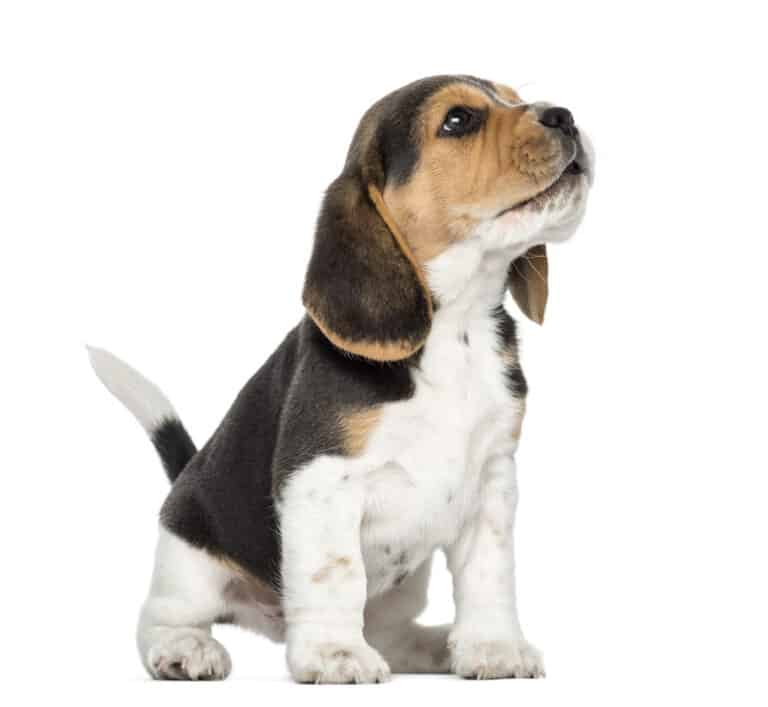 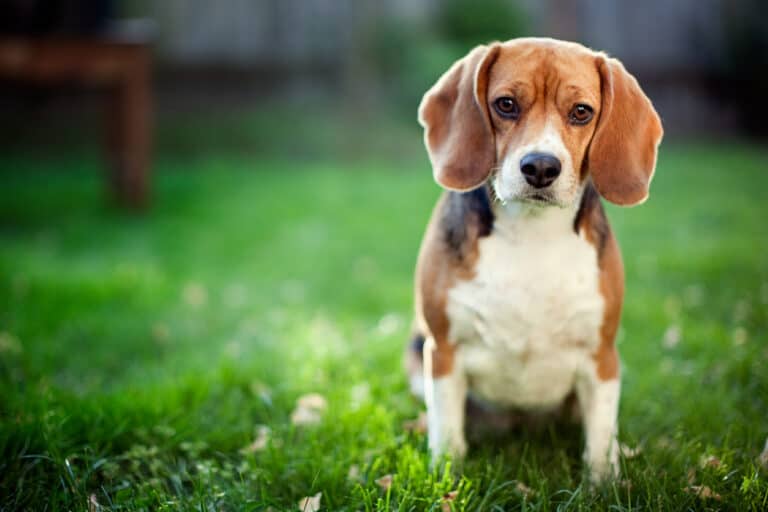 They say that dogs are man’s best friend, with nothing encapsulating this relationship more than the relationship between service dogs and their owners. Fortunately, modern…

Built sturdily with muscular little bodies, beagles are very fond of jumping. They can jump relatively high and usually jump up onto things they aren’t…