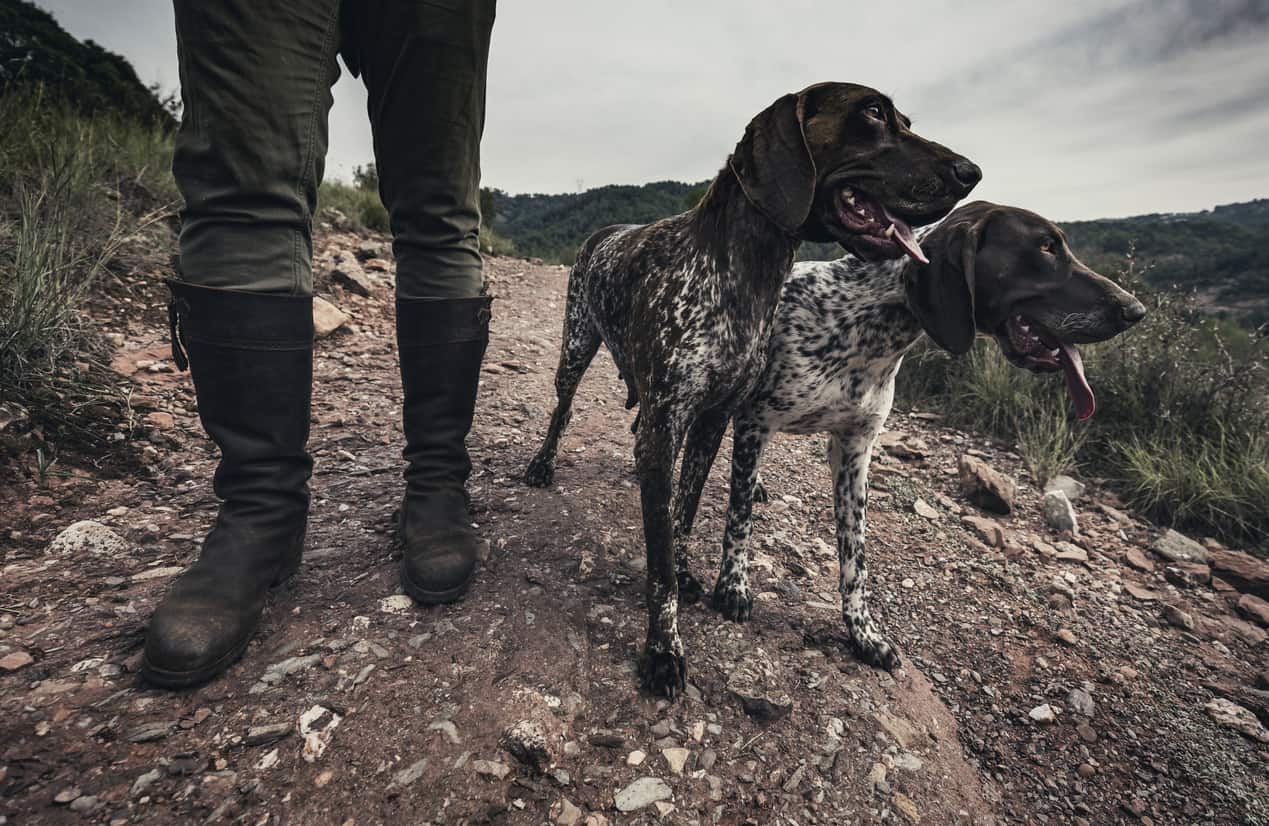 Most dog breeds today fulfill the role of companion and pets only. For some, who previously served more practical roles, this is a role they are quite happy to fulfill. Hunting dog breeds still prefer to be used in similar roles to their forefathers. Here’s a list of dogs that love to hunt.

The list of the 10 best-hunting dogs, in no particular order, is as follows:

Hunting dogs need to hunt in order to be happy, and when we show them how to put their unique abilities to good use, they become so much more than a friend; they become an ally. Because of their agility, sense of smell, and keen hearing, dogs are far more robust and effective hunters than most humans when properly trained.

The following hunting dog list features some of the best sporting dogs known to man. However, there are many excellent hunting dogs that I could have included in the list, like the following:

A Chessie’s commitment to its owners is what differentiates them from other retriever breeds. They love you unconditionally and may like others, but their loyalty lies with their owner. They go where you go and act more like a sidekick or partner in crime, for lack of a better description.

Chessies can retrieve small game on the uplands, but they are the best waterfowl hunting dog. It’s the hunting dog you want if you hunt in harsh, frigid circumstances. Chessies have great senses of smell and are especially adept at detecting injured birds.

It’s also worth mentioning that their coat is waterproof, so they won’t get snagged while retrieving ducks, geese, or any other birds you choose to hunt. They are very capable of retrieving hundreds of waterfowl per day, hence the nickname the ‘Sherman Tank’ of retrievers.

Chesapeake Bay Retrievers weigh between 55 to 80 pounds and have a life expectancy of 10 to 12 years. Bird hunting is their specialty.

The Brittany is a fantastic option for a hunting dog for flushing, retrieving, pointing, and even competing in agility competitions. When looking for a hunting dog that’s extremely resourceful regarding hunting responsibilities, look no further than a Brittany.

They can spend the week at home with you, and when you are ready to go hunting, the dog is ready to go and can do everything a large breed can. A Brittany has an average life expectancy of 14 to 15 years, weighs between 30 to 40 pounds, and their specialty is hunting birds.

The American Foxhound was bred to chase foxes and work well with horses on a hunt. President George Washington was an avid breeder of American Foxhounds and honed his breed with British imports and French stock that he received from Marquis de Lafayette, playing a crucial part in the breed’s evolution.

American foxhounds are athletic, hard-working hunting dogs. When around children or at home, they have a loving easy-going demeanor but don’t be fooled by their sweetness; these canines can be highly aggressive when it comes to hunting and are outstanding hunting dogs in every way.

American foxhounds are scent-hounds who hunt relentlessly. The dogs can run for hours, only stopping when the scent is no longer detectable. They have a peculiar howl, which has an unusual bell-like sound. American Foxhounds have an average life expectancy of 11 to 13 years, weigh between 60 to 70 pounds, and specialize in hunting medium to large game.

Many hunters consider the German Shorthaired Pointer the king of the crop. GSPs has everything a sport animal should have:

One thing they lack is an off button, so be prepared to provide as much time in the great outdoors as possible. Hunting is their preferred exercise of choice. The second choice would be running, swimming, and organized dog shows. GPSs have boundless energy and is not a dog that enjoys lounging on a couch.

German Shorthaired Pointers have an average life expectancy of 10 to 12 years, weigh between 45 to 70 pounds, and specialize in hunting birds.

Beagles are the most popular hound dogs in America and were initially developed to hunt foxes, small deer, birds, and rabbits. Beagles are clever, tenacious, loyal, and obedient. With the appropriate training methods, they will become outstanding hunting dogs and hunt whatever you put in front of them.

Beagles always seem happy and make awesome family dogs due to their curious and adorable nature. They are happy on a sofa, inside the house, or in a truck, but let them loose in the woods and see them at their happiest while chasing after a rabbit or two.

The average life expectancy of a Beagle is 10 to 15 years, and it weighs between 15 to 30 pounds depending on its height.

Labrador Retrievers are just about the most adorable dogs on this list. Labrador puppies have the capability to melt the stoniest of hearts. As their name suggests, they are retrievers and hunters at heart. Nothing makes a hunter prouder than a Labrador Retriever with a bird in his jaws, slimy-mud paws, and a duckweed-spackled coat.

Labrador Retrievers never give up and will go beyond their limits to ensure you have a smile on your face and a duck on your plate. Small waterdogs were crossed with huge Newfoundland dogs to produce this medium-sized retriever with powerful legs and a water-resistant coat.

Labrador Retrievers have an average life expectancy of 10 to 12 years, weigh between 55-80 pounds, and specialize in hunting birds.

American Pit Bull Terriers are friendly, loyal, playful, and extremely loving family companions that adore children and adults alike. Many people know that the American Pit Bull has two sides; a loving pet when at home and a ferocious hunter who will fight to the death when hunting game.

The American Pit Bull was originally used as nanny dogs for families of small children until they were being deployed as watch and hunting dogs due to their other attributes that include:

These attributes make them ideal candidates to hunt the over-populated scrappy wild-boar roaming across America unchecked. A fight that the American Pit Bull Terrier willingly undertakes and typically wins. Their average lifespan is 8 to 15 years, weighing between 30 to 65 pounds, and they specialize in hunting large game.

English Setters have long luscious coats, and it’s also their biggest disadvantage when hunting, as it can quickly become muddy and tangled while out on the hunt. Suppose you don’t mind the extra grooming required, the athletic, clever, and obedient. An English Setter makes a wonderful hunting companion.

English Setters are built to perform in the most unforgiving terrain and are top hunters of birds. These hunting dogs will test you, but when they get their act together, it’s a magical hunting experience that awaits you. The English Setter has an average lifespan of 12 years, weighs between 45 to 80 pounds, and loves to hunt birds.

Bloodhounds are lovingly referred to by the nickname Sleuth Hound due to their impressive tracking abilities. These hounds are easy-going when on the hunt and a great companion on and off the game trail. Bloodhounds have powerful legs that allow them to sniff over miles of difficult terrain.

Bloodhounds, like pack dogs, love being around other dogs and children. When you need to find something, no dog on earth can match the nose of a Bloodhound. That’s why they are typically used to find people who are lost or in hiding.

Bloodhounds are relentless when put on a scent. They have an average lifespan of 11 to 12 years, weigh between 80 to 110 pounds, and hunt large game (humans.)

Boykin Spaniels are medium-sized flushing and retrieving bird dogs who make sweet and loving family pets. When unleashed in the field, these lovable canines turn into tigers. Boykin Spaniels were bred to operate in the swamps and lakes of South Carolina and can swim like seals in the water due to their web-toes.

Boykin Spaniels may not be the biggest hunting dog on the list, but when it comes to hunting doves, wood ducks, marsh hens, woodcock, and quail, they comfortably hold their own. Boykin Spaniels have an average lifespan of 10 to 15 years, weigh between 25 to 40 pounds, and love to hunt anything with feathers.

A hunting dog is a special breed of canine. The camaraderie found between a hunter, and his hairy partner is hard to describe. If you are looking for a hunting dog, you will surely find one in the article above. 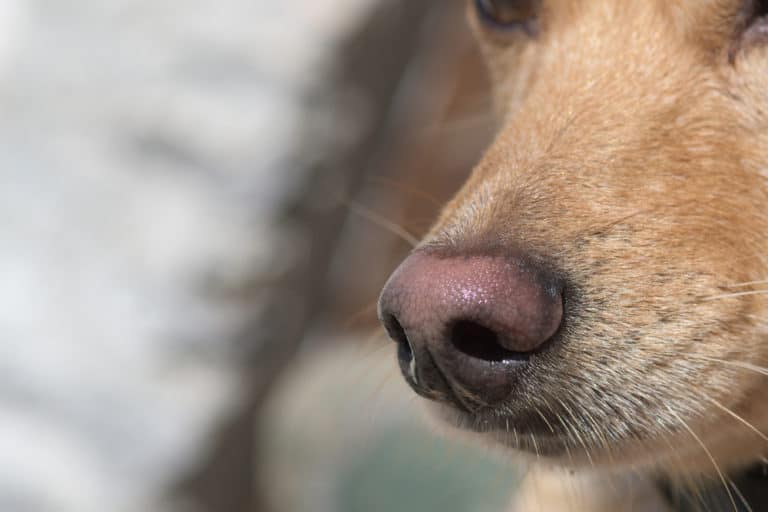 Dogs have marvelous olfactory senses. Their sense of smell is far superior to ours. Humans have six million olfactory receptors, and dogs have a whopping… 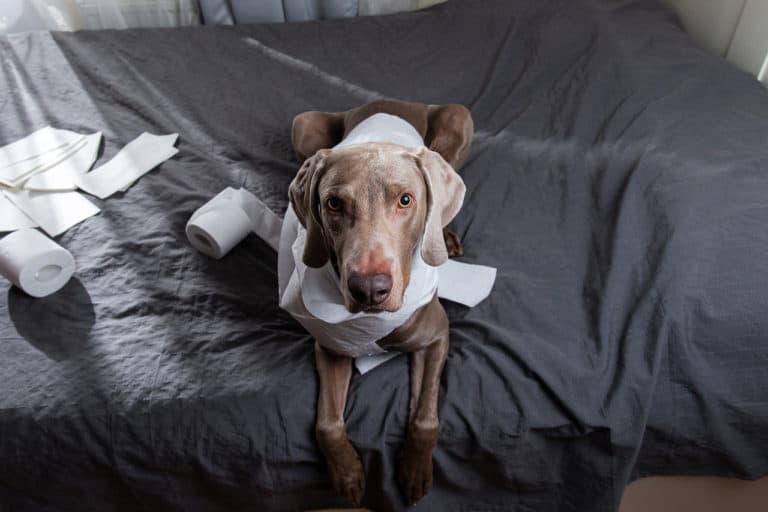 The nature of a gun dog’s work means that they require lots of energy and stamina, the ability to bond and work well with their… 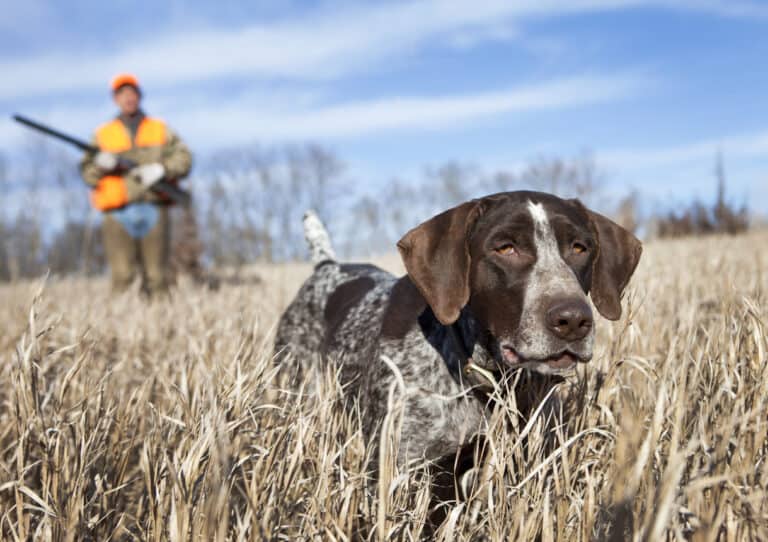 Having a duck dog on a hunt is a welcome addition for any hunter, as it improves the speed and accuracy of finding and retrieving… 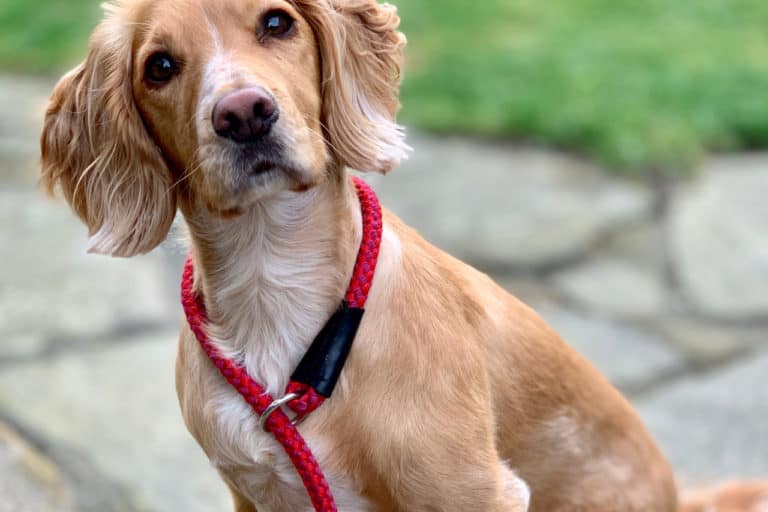 You are going on a hunt, and you want to bring your gun dog with you, but you cannot decide what leads to use for… 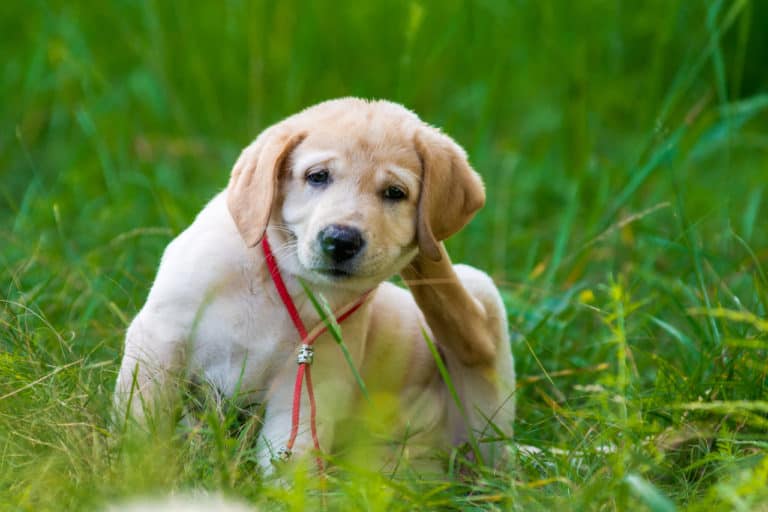 Your dog is finally ready to be bred, but suddenly the dog begins to cough or scratch excessively, and you realize, to your shock and… 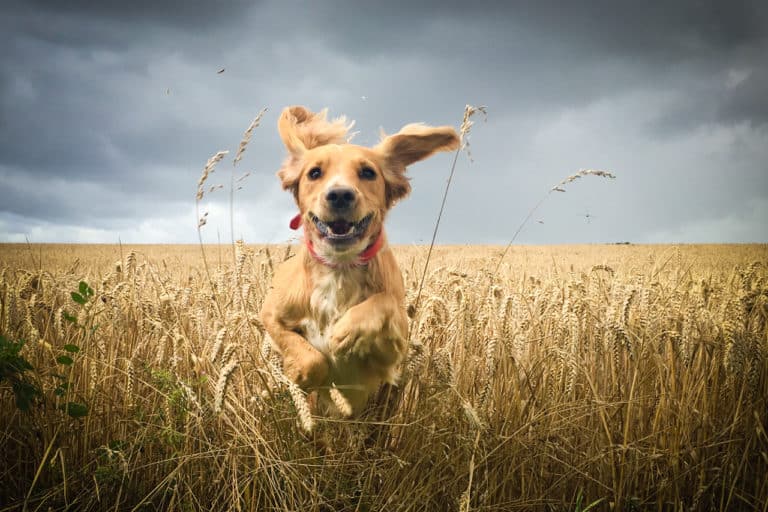 Entering the gun dog world can be bewildering and confusing. Knowing where to start is difficult and finding expert trainers requires time and a lot…